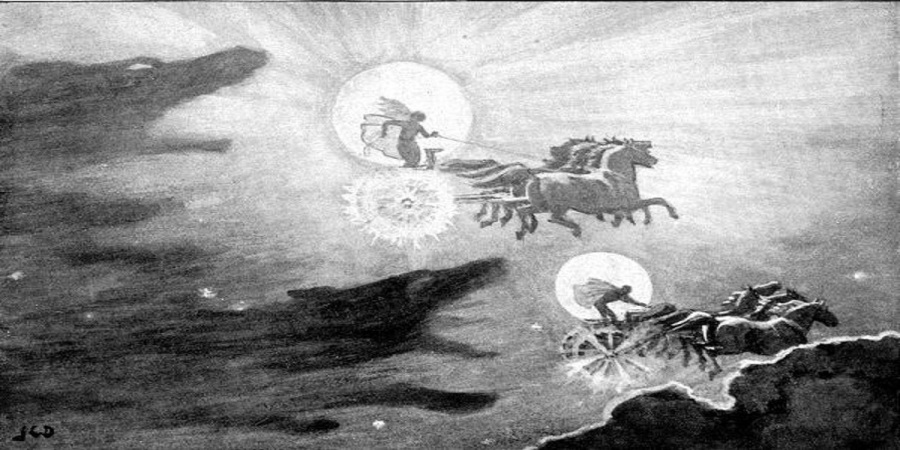 Welcome to Part 2 of my 2017 Reading List, where I’m running through the books I’ve read so far this year.  Yesterday I detailed Metro 2035 by Dmitry Glukhovsky, the Lady of the Lake by Andrzej Sapkowski, and Bird in a Cage, The Wicked Go to Hell, and Crush by Frédéric Dard.  Today I’ll be writing about another five books from different three authors, all under the umbrella of fantasy, but with very different takes on what that genre means.  Some take place in far off realms, while others are happy to show the supernatural side of our own Earth.  Some you may have heard of, some you may not have.

With The Obelisk Gate and The Stone Sky, N.K. Jemisin has wrapped up her Broken Earth Trilogy, a series three years in the making.  Set on a supercontinent known ironically as The Stillness, Jemisin’s trilogy follows Essun and her daughter Nassun, each trying to survive as massive earthquakes and volcanic eruptions tear their Earth apart.  They believe the earth is alive and it seeks revenge for an ancient civilization knocking the moon out of it’s normal orbit.  Essun and Nassun are a type of human known as orogenes, magically empowered beings capable of manipulating tectonic forces.  While Essun joins a community of other survivors and plans on using her powers to fix the planet, her daughter is traumatized by the sudden violence occurring around her and decides to destroy everything, preventing more people from experiencing her pain.  Multiple factions act in the background, some helping Essun, some helping Nassun, but all preparing for the return of Father Earth’s favorite child.  The Moon is coming back.

Patricia Briggs has been writing the Mercedes Thompson series for eleven years, starting in 2006 with Moon Called.  The latest novel in this fantasy series—featuring werewolves, vampires, fae, and shape changers—was published earlier this year.  Silence Fallen, book ten, takes our protagonist away from her home in the Tri-Cities area of Washington State as she is kidnapped by the world’s most powerful vampire.  Now lost in Europe, she manages to escape to Prague, where she is hindered by more than just the language barrier.  Her werewolf husband and his pack march to the doorstep of war with vampire-kind in their quest to bring her back.  Meanwhile, ancient powers stir in Prague, monsters who thrive on the chaos and seek to sow it across the world.  The Mercedes Thompson series would never be mistaken for literary fiction, but it never ceases to entertain, even as Briggs and her characters deal with real trauma in real ways.

Neil Gaiman has been a fixture in the literary community for years.  His work spans novel, short stories, comic books, and Doctor Who.  While American Gods was published in 2001, I did not pick it up until this year after hearing about the TV adaption (which I never actually watched).  Gaiman pulls readers into a world where the gods of old are real, but quickly losing their power as modern humanity moves away from their ancient belief systems.  With the help of protagonist Shadow Moon, Odin, under the guise of Mr. Wednesday, prepares for war with the new gods of the technological age.  The Odin of this world is a grifter, however, and it quickly becomes apparent there is a longer con happening here.  This is a thoroughly modern book, even if the characters themselves draw on the ancient world.  Gaiman’s imagination is on full blast as he shows how the gods are adapting to the more age.

On the opposite side of history, Neil Gaiman’s Norse Mythology shows the gods at their most powerful.  He takes us through the Scandinavian pantheon and tells their stories, chronicling the exploits of Thor, Loki, Odin, and the rest of their kin.  Stories that would normally be separate and stand-alone now combine into a connected narrative.  Beginning with the creation of the world and ending with the war at Ragnarok, Norse Mythology primarily tells the tale of Thor and Loki, two brothers destined to oppose each other for all time.  There is some true wit at play here as well.  The gods are at times pompous and arrogant, wise and foolhardy, strong and incompetent.  The gods of the Vikings may have been immune to age, but they were victims of violence and petty squabbling; imperfect beings for imperfect worshipers.  Mythology has always been an influence on Gaiman’s work, so it was only natural for the author to become the storyteller as well.

That’s it for today’s recommended reading list!  Part 3 will be up tomorrow, with Part 4 on Monday and Part 5 on Tuesday.  Come back tomorrow morning for a good mix of science-fiction pulp, nostalgia, rare book heists, and a history lesson.