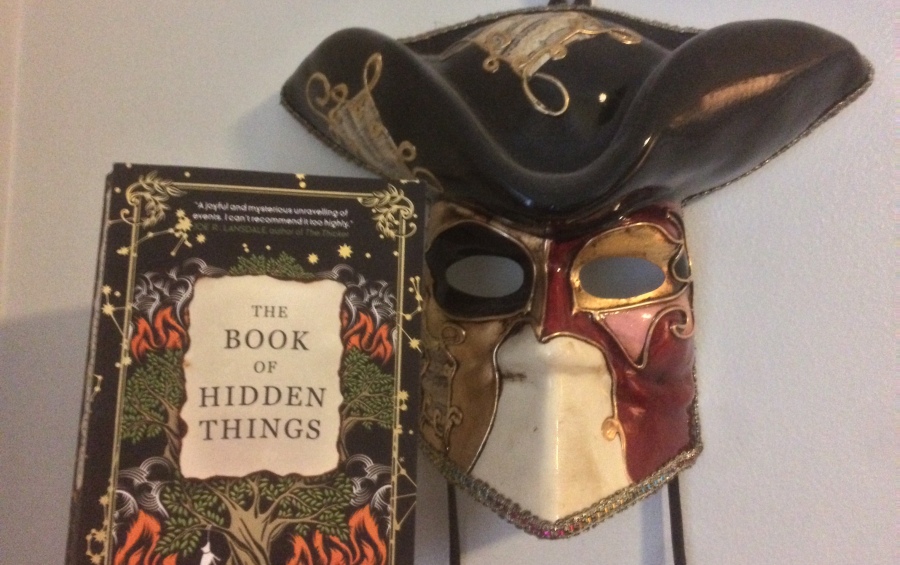 There are two Italies.  There is the Italy seen by tourists on their trips to Rome, Venice, Florence, and the other northern cities.  Then there is the Italy of the south.  The old Italy, where modernity has not quite wormed its way throughout the towns and cities.  Calabria, Basilicata, Puglia.  This is the Italy most people never see, an Italy which you rarely see in movies and books.  This is the only Italy, and the only part of the world, where you can see trulli, the conical houses unique to Puglia.  Walking through the endless vineyards and olive groves, one never knows when they might stumble upon a crumbling, forgotten trullo.  A piece of history.  This an Italy which is steadily disappearing, and this is the Italy Francesco Dimitri shows in The Book of Hidden Things.

Francesco Dimitri grew up in the Puglia, or Apulia, region of Italy.  Commonly known as the heel of the boot, this is a region which strangely resembles southern California in climate.  Surrounded by oceans and full of prickly pear cacti, Puglia can become unbearably hot in the summer.  For The Book of Hidden Things, Dimitri created the fictional town of Casalfranco, which could be a stand-in for any beach-side Puglian town.  Dimitri himself grew up in Manduria, near the Ionian Sea, down the street from another town I know well.  Sava, where my own grandmother was born and where she lived for the first sixteen years of her life before her family moved to Massachusetts.  Dimitri, unlike most people who visit Italy, as well as most Italians, understands Puglia.  It is an understanding which is difficult to come to without some connection to this are of the country.

The Book of Hidden Things is about four friends from Casalfranco, though it only follows the point-of-view of three of them.  Fabio is a fashion photographer living in London.  Like his friends, he is supposed to be one of the success stories of Casalfranco.  Someone who moved away and found success.  But we quickly learn that it is all a front.  Fabio may be decently well-known photographer, but he has learned the industry does not pay well unless you are a superstar, but his pride will not let him reveal his situation to his friends.  Mauro, on the other hand, moved to Milan and became a powerful lawyer.  He has the money, a beautiful and intensely intelligent wife, and two young daughters.  On the surface, his is the perfect life, but lives with a sense of general discontent.  In his youth, Mauro wanted to be a guitar player, but discovered that the dream was untenable.  Tony is the lone member of this group without doubts.  He left Casalfranco and became one of the most talented surgeons in Europe.  He enjoys his life, even if his homosexuality clashes with his belief in the Catholic faith at times.  Tony’s disillusionment has less to do with his own life, and more to do with the lives of others and the secrets they keep.  Every year, these three return to Casalfranco to meet with their final friend, Art.  But, this time, Art did not appear.

Art’s failure to appear for the Pact—the name of their annual gathering—sets the plot in motion.  The Pact was originally his idea, when the four were teenagers and preparing to go to four different colleges.  Once a year, on the same day, they will meet at the same pizzeria in Casalfranco and spend time together as if no time as passed at all.  Simply picking up where things left off.  Before the start of the book, Fabio missed the last Pact meeting due to his financial situation.  The friends understood his absence.  But Art not appearing worries them.  At his home they find evidence of animals being butchered as well as a collection of various BDSM equipment in a trullo converted into a dungeon.  More worryingly, they also find marijuana growing.  Normally, we would not think of that as a big deal.  But Fabio quickly realized Art is dealing, though not on an enormous scale.  In any other book, this may be passed off as a quirk of character, but in The Book of Hidden Things, it is enough to make our characters panic.  This is Italy, home to the mafia, and Puglia has its very own organization.

The Sacra Corona Unita, or United Sacred Heart, is a criminal organization from Puglia.  Like the Camorra, Cosa Nostra, and ‘Ndrangheta, the Sacra Corona Unita was once a powerful, international organization which controlled smuggling, arms trafficking, money laundering, drug trafficking operations, and more.  Their power peaked in the 1990’s and has been falling ever since, never having established a foothold in the United States like the Cosa Nostra, or Sicilian Mafia, did.  Today, a lot of people have never heard of the Sacra Corona Unita.  But, in Puglia, they still rule and are an accepted part of life.  Like other mafia organizations, The Sacra Corona Unita is also deeply religious and devoutly Catholic, to the point where mafia groups all over Italy panicked when Pope Francis threatened to excommunicate them recently.  Art dealing marijuana in their territory is the easy explanation for his disappearance but, like any good story, the real reason is much stranger and less simple.

The hidden things mentioned in the title are something of an obsession of Art’s in The Book of Hidden Things, which refers to an actual book Art has written, or at least begun to write.  When his friends find the work, it is more of a collection of loose thoughts and papers.  Art describes the hidden things as almost magical or mystical, things just out of sight of mortal eyes, but there all the same, making their presence felt.  Puglia, more so than other Italian regions of Italy, has a fixation of churches.  Big or small, there are chapels scattered throughout the countryside, and towns never have just one.  Aside from those, shrines to the many saints are everywhere.  Art maintains that these are sacred places, but not for religious reasons.  The saints are just how most people perceive the hidden things.  Throughout the book, we do not see evidence of the supernatural, though there are second-hand accounts of unexplainable events, so there is always the question of whether or not Art is right, or if he has lost his mind.  Art has always been strange to his friends, but he changed after his teenage disappearance.  They rightfully worry for his life and his sanity and, even in the end, the question still remains.

Reading The Book of Hidden Things was an almost nostalgic experience for me.  While I was not born in Italy and did not grow up there, it has always felt like home.  Even though I have only been to Puglia once, and recently at that, it was instantly familiar.  There is something about being the descendant of immigrants, and Italians especially, which binds you to the home country.  Italian-Americans and Italians are fiercely proud to be Italian.  We accept everything that is wrong with Italy—politics, the economy, infrastructure, corruption—and will be the first people to loudly complain about all of it.  Despite that, we love Italy.  Like any real Italian, Dimitri shows us the imperfections of Puglia and does not shy away from everything wrong happening.  Despite those imperfections, he shows us a beautiful region full of wine, food, and laughter.  The Book of Hidden Things basks in that beauty.

The Book of Hidden Things may be found in store, online, or wherever books are sold

Next on the List: The Dreaming Stars, by Tim Pratt

One thought on “Italia Vecchia: A Review of The Book of Hidden Things, by Francesco Dimitri”