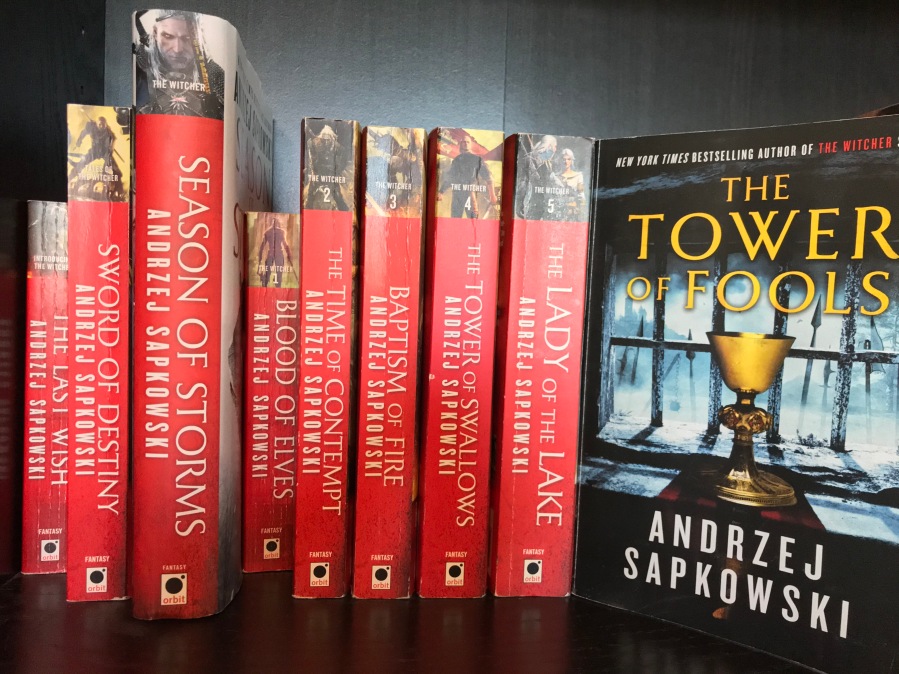 Historical fiction can be defined as any work of fiction that takes place in the past, anywhere from the distant to the recent.  One of the most common forms of fiction in the history of storytelling, historical fiction often goes through great pains to portray the attitudes, manners, and popular beliefs of the people set in the chosen time period.  This can result in a more grounded or realistic work of fiction that many pure fantasy novels, making historical fiction both easier and more difficult to write.  Unlike a fantasy novel where much is left up to the writer’s imagination, historical fiction offers many more resources to build the setting, although the sheer amount of research required to portray the chosen time period accurately can appear daunting.  While some authors may choose to take liberties with the time period in order to write the story they wish to write, Andrzej Sapkowski, author of the world-famous Witcher series, wholeheartedly submerged himself in the fifteenth century for The Tower of Fools.

The Tower of Fools is set during the Hussite Wars of the early fifteenth century.  Or, more accurately, it begins between conflicts.  From the period of 1419 to 1434, there were no less than five crusades to stamp out the heresy of Jan Hus.  If you had never heard of the Hussite Wars before beginning The Tower of Fools, like me, do not worry.  Sapkowski, through narration and conversations between characters, provides plenty of context.  In short, years before the Protestant movement attempted to reform the Catholic Church and purge it of corruption, Jan Hus attempted to do something similar.  A priest in Bohemia, he established the Hussites, a splinter faction of Christianity that disagreed with the wealth and political influence held by the Catholic Church, among other disagreements, such as how to take communion.  At the time, communion was only given as bread, while the Hussites took bread and wine.  Modern-day Catholics will recognize which style eventually became the standard.  The Hussites were centered around Bohemia, although the religion did grow beyond those borders.  The Catholic Church, allied with various kings and knights, launched crusade after crusade, losing four of the five.  It was only when the Hussites splintered into civil war that the fifth and final crusade ended in Catholic victory.  By choosing this time period, Sapkowski is playing to his strengths.  Religion mixed up with politics, corrupt religious leaders using holy wars as an excuse to expand their own powers, real religious fanatics performing heinous acts in the name of spreading the one true religion.  These are all things seen in Sapkowski’s Witcher series, but portrayed with a greater weight in The Tower of Fools due to the fact that this is real European history.

Our main character in this novel is Reinmar of Bielawa, sometimes known as Reynevan, a physician in his early twenties working in Silesia in modern-day Poland, Sapkowski’s home.  Very different from Geralt of Rivia, Reinmar is young, cocky in his abilities, idealistic, rather naïve, and overconfident in his capacity to seduce women.  Unknown to most, he is also something of a wizard, having studied magic in Prague alongside medicine.  Hailing from a once-noble family, Reinmar is semi-famous in Eastern Europe and only become more famous, or infamous, as the story progresses.  Initially unconnected to the Hussite conflict, or even the fictional conflicts of the novel, Reinmar sets the plot in motion when he is caught sleeping with the wife of a knight.  Chased out of town and forced to go into hiding, Reinmar spends most of his time on a foolhardy quest to rescue the knight’s wife, his true love, ignoring the good advice of all who try their best to help him escape Silesia with his life intact.  In some ways, Reinmar resembles Dandelion, also known as Jaskier, in The Witcher series.  He is eventually drawn into conflicts greater than he by sheer happenstance and association.

While originally embarking alone, he is eventually sent by his patron, the bishop of Wroclaw, to find someone to help him escape, although Reinmar ignores every plan created to save him.  Enter Scharley, obviously not the man’s real name.  A penitent monk, willingly imprisoned for turning away from his faith who owes a monumental favor to the bishop, Scharley proves to be a formidable alley to Reinmar.  The young wizard’s opposite, Scharley proves to be practical, sarcastic, worldly, and a capable fighter.  He is constantly trying to push Reinmar away from his naivete and teach the young man to see the world as it really is.  Despite the constant troubles Reinmar brings upon them, Scharley does seem to care about the young man more than he admits.  Eventually, the two are joined by a third companion.  Samson Honeyeater is first met as a mentally handicapped man living in a seminary.  Defined by his constant consumption of honey and his tremendous size, Samson is possessed by the spirit of a demon during a fake exorcism conducted by Reinmar and Scharley in an effort to con the priests.  At least, that is was Samson claims.  Reinmar, due to his knowlddge of magic, believes the story, while Scharley remains skeptical.  Staying with them in an attempt to be freed from his body, Samson also comes to care about Reinmar and Scharley, going to extraordinary lengths to rescue them on multiple occasions.

One downside of choosing the Hussite Wars as the historical setting for The Tower of Fools is portraying how women were treated by society during the middle ages.  Sapkowski does goes to great pains to avoid stereotyping the women of the time period and, while portraying male characters as appropriately misogynistic, does his best to avoid the misogyny in the story and the writing itself.  While Reinmar and his group are all male, they do encounter several women who end up having a tremendous impact on the story, and their long absences are felt.  Primarily among these characters, and the one whom seems to be tied most with the story, is Fair Nicolette.  The daughter of a nobleman, she is fierce and brave, rescuing Reinmar upon their first meeting for no other reason that she seemingly feels like it.  They meet again several times during the story, each appearance cementing her as one of the more, if not the most, interesting characters.  While she does disappear from the story at a certain point, due entirely to Reinmar’s inability to make good decisions or recognize that Nicolette is perfectly capable of making her own decisions, hopefully she will return in much larger role in subsequent books.

Of course, The Tower of Fools is also a fantasy novel that happens to be set during a real historical period.  Similar to his portrayal of magic in The Witcher, Sapkowski provides vivid descriptions of how magic is used, both through the chanting of spells and the use of various ingredients.  The larger the magic, the more complicated the casting.  Reinmar himself is very knowledgeable of magic in the story, although he is still young and only seems to know how to accurately cast minor spells, such as one that helps point him in the right direction when travelling.  Among the magical folk of the story, there also appears to be a divide between those born with abilities, such as witches and the magical creatures, and those who study, like Reinmar.  Magic is portrayed as something that is known and common knowledge, although the level of acceptance differs from person to person.  Those who are more practical accept it as a part of life, while religious fanatics decry it as the work of the devil.  While the Hussite Wars will inevitably prove to be central to the trilogy’s plot, there is also a mysterious group of villains, operating in the shadows of the Catholic Church, possessing strong magics and working to manipulate the conflict.  At various points, they chase Reinmar for reasons that have yet to be fully explored, setting up the story moving forward.

Sapkowski’s novels can something provide to be difficult books to read.  Part of that could be due to the fact that the books are translated from his native Polish into English, although the translations themselves are exceptional.  Part of it might just be how different the writing style is compared to American works.  It is something which is hard to describe, but easily recognizable once you begin reading The Tower of Fools or Blood of Elves.  However, the books will always prove to be interesting and different from anything else.  One interesting side effect of reading The Tower of Fools is also learning about a period of European history which most people are unaware.  If you enjoyed The Witcher and love historical fiction, then The Tower of Fools is absolutely worth reading.

The Tower of Fools can be found in store, online, or wherever books are sold

Next on the List: Spellbreaker, by Charlie N. Holmberg