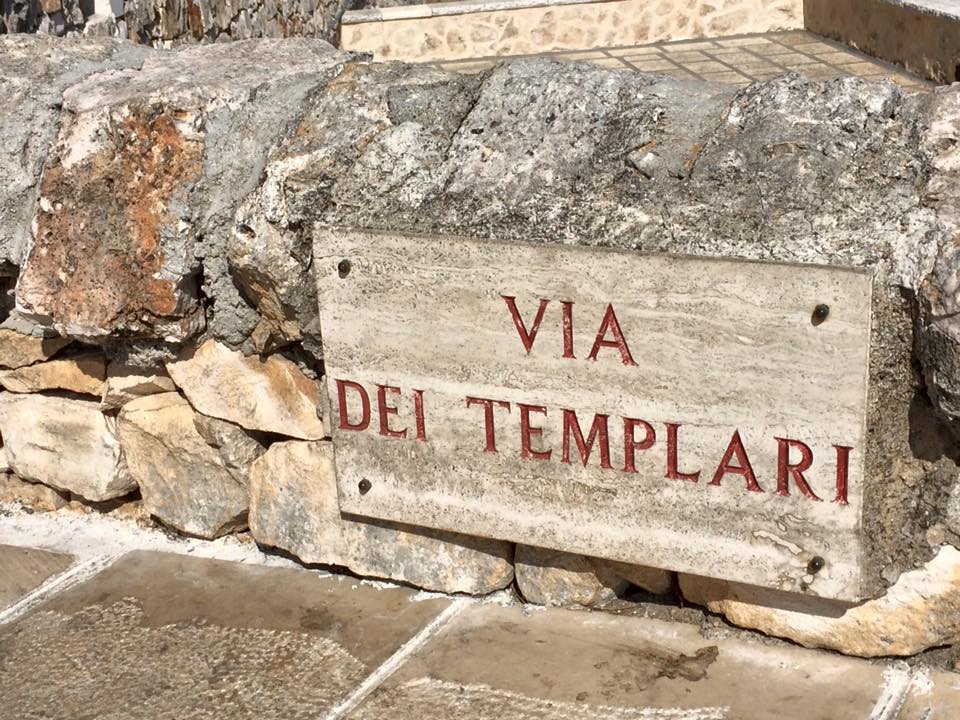 I have talked endlessly about the power of fantasy novels on this blog, and will continue to do so as long as this genre maintains its unique power.  Fantasy is about all about creation and imagination, allowing readers to inhabit worlds wholly unlike our own.  It is a measure of escapism that other literary genres can only dream of.  Free from the pretentiousness of literary fiction, and liberated from the need for explanation in science-fiction, fantasy authors set their own rules in each new story.  Crush the King is the third and latest novel in Jennifer Estep’s wonderful Crown of Shards series, preceded by Kill the Queen and Protect the Prince.  Few would call this story literary fiction, but few series are more fun to read that the adventures of Everleigh “Evie” Saffira Winter Blair.

END_OF_DOCUMENT_TOKEN_TO_BE_REPLACED

Science-fiction and fantasy may appear to be very different genres at first glance.  Once is full of advanced technologies, with a focus on scientific progress and how that works within the setting.  Fantasy focuses on magic and oftentimes breaking the rules of the physical world in the pursuit of power.  However, the two are full of more similarities than differences.  Both can take place on Earth, or on another world.  The world can have creatures other than humans, be they aliens or elves.  Fantasy can sometimes show technology powered by magic, while highly advanced technology can sometimes appear indistinguishable from magic depending on who witnesses it.  Popular franchises such as Warhammer, Isaac Asimov’s Foundation series, and even Star Wars, all find compelling ways to blend genres.  Gideon the Ninth, by Tamsyn Muir, blends science-fiction and fantasy in a wonderfully gruesome way.

END_OF_DOCUMENT_TOKEN_TO_BE_REPLACED

Fantasy is a malleable genre, with one of the more popular variations in the last several decades being the urban fantasy.  Combining the realism of our magic free world with the trappings of high fantasy has proven to be a fascinating juxtaposition.  Imagine a seedy mob-run nightclub in a bustling city, serving a clientele of elves and ogres.  Goblins operate as drug runners and wizards assist the police with investigative magic.  With urban fantasy, the two worlds may be completely combined, or kept separate through shadowy cabals or government organizations.  The fantasy elements may also be as high or as low as the author wishes.  While The Dresden Files may be one of the more famous examples of low urban fantasy, other authors are rising up to take its place.  The Nightjar, by Deborah Hewitt, is one such novel.

END_OF_DOCUMENT_TOKEN_TO_BE_REPLACED

A certain amount of pressure is placed on an author’s second novel, especially when the first novel gains the level of attention and acclaim of R. F. Kuang’s The Poppy War.  A second novel, whether it be the second ever or the second in a series, is expected to be better written than its predecessor.  A second novel is expected to have a better understanding of plot, of its characters, and of its readers’ expectations.  A second novel is expected to improve upon the first in every conceivable way.  This is easier said than done for most authors, and is easier to accomplish in the beginning of a career, where there is still learning to be done.  The longer an author writes, the more series, they craft, the greater the risk of sequelitis setting in.  Sometimes, the second story is worse than the first.  The Dragon Republic, R. F. Kuang’s second novel, is a sequel done absolutely right.

END_OF_DOCUMENT_TOKEN_TO_BE_REPLACED 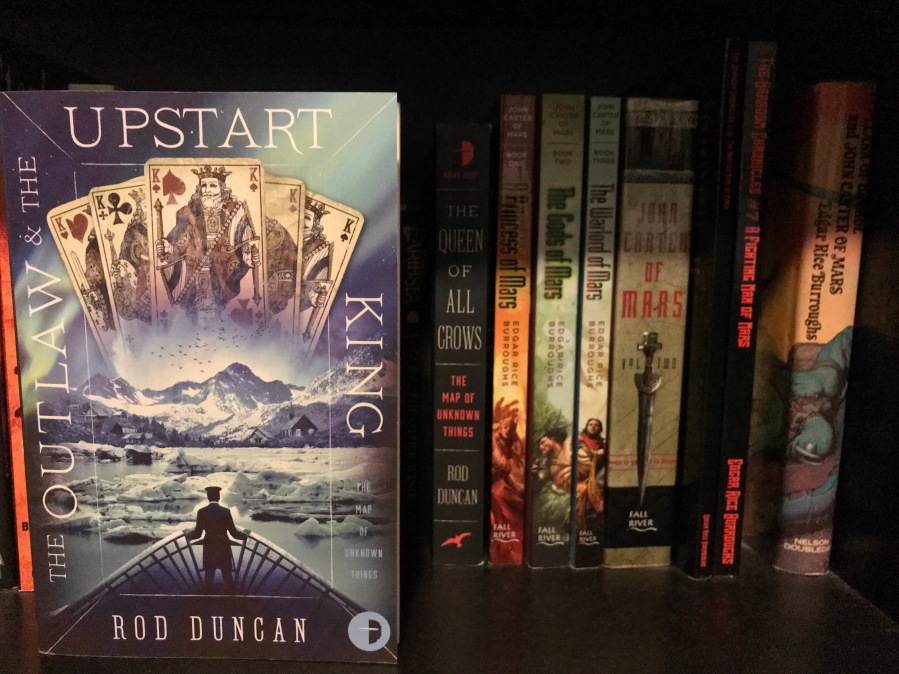 Some of the best novel series understand that, in order to keep a fictional world interesting, they need to change or play with the genre in some way.  A novel is never just science-fiction, it can be a mystery set in a science-fiction universe.  Or the first novel can be hard science-fiction, where the second brings fantasy elements into the mix.  With The Outlaw and the Upstart King, Rod Duncan’s follow up to last year’s steampunk adventure The Queen of all Crows, he takes readers away from his sci-fi Victorian setting and to somewhere new.  The setting of this second novel resembles a more medieval, violent Arthurian wilderness with none of the first novel’s trappings of setting.

END_OF_DOCUMENT_TOKEN_TO_BE_REPLACED

A good fantasy series can potentially go on forever.  Series like the The Wheel of Time or The Dresden Files easily tell a dozen books worth of story.  However, a great fantasy series knows it’s ending, even if takes a while to get there.  Jim Butcher has stated he knows the ending for The Dresden Files and how many books the series will contain.  The reader can see that the story is leading somewhere definite.  Even if the ending suggested in book one is now the ending for the entire series, it still suggests a finality.  Jennifer Estep’s Crown of Shards series is only two books in, but we already have a sense of where the ultimate plot is going.  Machinations have already begun and there is a clear-long term villain.  Ultimately, it is always possible for a series to arrive at its first ending, and realize there is more story to tell.  With great fantasy, there is a sea of endless possibility that allows characters to develop and keep the plot always interesting.

END_OF_DOCUMENT_TOKEN_TO_BE_REPLACED 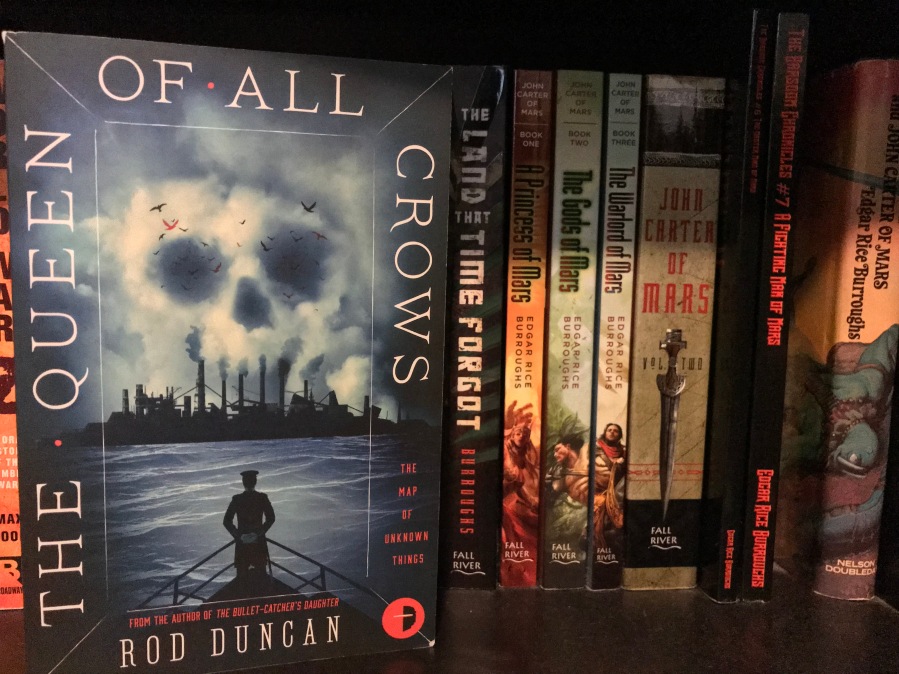 Steampunk is one of the more niche genres of fiction around, never having made it into the mainstream lexicon of literature.  Steampunk as a genre is defined by setting and technology.  Imagine a world where steam-power became the dominate energy source and defined the aesthetic for the world.  Grimy cities full of pipes and fog.  Electrical contraptions plucked straight from the mind of Nikola Tesla.  Airships dominating the sky as the primary form of transportation.  Steampunk as a genre is what happens when creators take the inherent fascination with everything Victorian and turn-of-the-century, and imagine a world where technology continued upon that path.  Victorian sensibilities and imperialism coupled with science-fiction technologies.  Overall, the steampunk aesthetic is one of the most fascinating.

END_OF_DOCUMENT_TOKEN_TO_BE_REPLACED 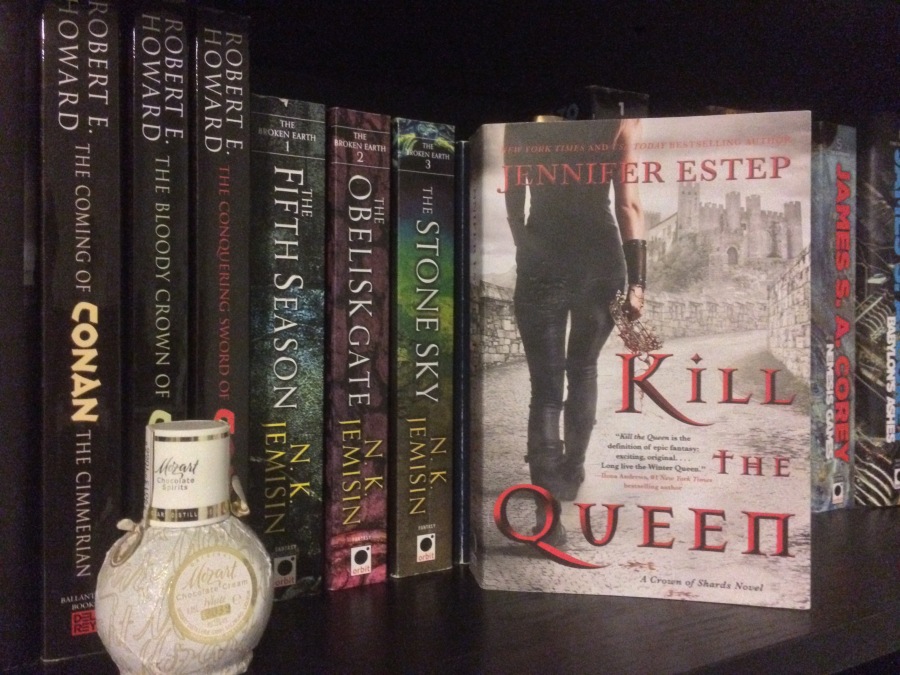 Fantasy is a realm of endless imagination where all it takes is one idea, one small change to our world, to create a brand-new reality unlike anything anyone has seen before.  Castles can float in the sky, anyone can learn magic, and the gods walk among humankind.  Fantasy is the genre for those who can dream, who can create universes in their heads and put them to paper.  Despite its power, fantasy is looked down upon in the literary community.  It is not “high art.”  It is not literature, it is one of the “genres.”  But the fantasy genre wields a power which literary novels do not: it makes you see past the words written on the page and stimulates your own imagination.  In direct opposition to literary fiction, the best fantasy novels are the ones that make you forget that you are reading a book.